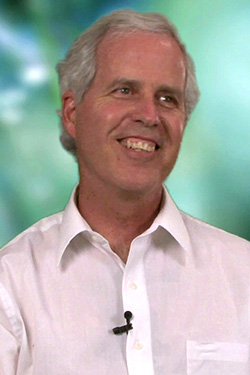 Keeping in mind that no biography is definitive or essentially true …

I am a native of the San Francisco Bay Area and received my undergraduate degree from UC Santa Cruz and my M.A. and Ph.D. from the California Institute of Integral Studies. I am licensed as a Marriage and Family Therapist, happily married, and have an adult son. I have a private psychotherapy practice in San Rafael and am a former adjunct professor of psychology at CIIS.

My interest in “spirituality” preceded my formal studies in psychology. I began a regular meditation practice in 1970 and had a brief career as a Transcendental Meditation teacher before leaving that organization.

An unexpected dream with Sri Nisargadatta Maharaj, with whom I was unfamiliar, happened a month before his death in 1981. This led me to read his famous dialogues in I am That which became a life-changing event, orienting my spiritual investigation towards self- inquiry. Two years later I met Jean Klein (www.stillnessspeaks.com/jean_klein/), a European medical doctor and musicologist, who was a master of Advaita Vedanta and Kashmiri Shaivism. I studied closely with Jean until his death fifteen years later.

In 2001 I began studying with Adyashanti (www.Adyashanti.org) whose presence and teachings have been an essential catalyst for a series of profound openings that continue to unfold.

My dear friend and colleague, Dorothy Hunt (www.dorothyhunt.org), who was asked by Adyashanti to share the dharma, has now invited me to do the same.

I can be contacted at John@listeningfromsilence.com or johnprendergast@comcast.net, as well as at (415) 453-8832.